ARTICLES Communal Divide – Where are we heading (Asian Independent)- In the 75th year of independence, India is rightly celebrating “Azadi Ka Amrit Mahotsav’ – a lofty catchword given by the current Government of PM Narendra Modi, representing and symbolizing the Hindu school of thought of the right wing, BJP and RSS, in its 8th year in office. Ever since independence in 1947, India has come a long way in ‘wiping the tears” of millions and millions of its poor and under-privileged and it seems after more than 7 decades, we are on rails. But we are to go a long way still to reach. India’s success or failure story, as one chooses to see, is an interesting and fascinating experience which ‘We the people

of India’ ought to read, understand and prepare ourselves to meet the challenges of the future to ward of the dangers and doubts expressed by our forefather, especially the chief architect of the constitution of India, Babasaheb Ambedkar in his last speech in the Constituent Assembly on November 25, 1949, expressed. Referring to historical events such as the invasion of Sind by Mohammed-Bin-Kasim, the invasion by Mohammad Ghori to fight against Prithviraj Chauhan, as well as disunity among Indians in the fight war against the British colonial rule in 1857, Ambedkar noted, “…not only India has once before lost her independence, but she lost it by the infidelity and treachery of some of her own people.”  In this context, he went on to remark, “Will history repeat itself? It is this thought which fills me with anxiety. This anxiety is deepened by the realization of the fact that in addition to our old enemies in the form of castes and creeds we are going to have many political parties with diverse and opposing political creeds. 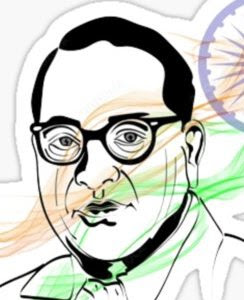 Will Indian place the country above their creed or will they place creed above country?

I do not know. But this much is certain that if the parties place creed above country, our independence will be put in jeopardy a second time and probably be lost forever. This eventuality we must all resolutely guard against. We must be determined to defend our independence with the last drop of our blood.”

The story of development and progress of India is a unique story with many facets and aspects. But I would focus on only one which has come to fore and threatens us to go berserk and leave the path of harmonious living under the lofty ideals of ‘Equality, Justice, Liberty and Fraternity’ as a ‘Secular and Socialist’ as enshrined in the very Preamble of the Constitution – Communal Divide – in multi-cultural and multi-religious and diversified society of more than 1.4 billion people. The immediate provocation to write this note is the ongoing slugfest and acrimonious debate on Mandirs and Masjids, Minority and Majority, Freedom of Religion and belief, Role and conduct of Muslim or Mughal rulers and so on. Of late, it has been observed that this mindless and non-sensible acrimonious debate has the potential to create avoidable difficulties which would be detrimental to the peace and harmony and also much needed economic and social wellbeing of the county, if not checked immediately and deftly.

The allegedly blasphemous remarks on Prophet Mohammad by BJP National Spokesperson, Nupur Sharma and endorsement and support by the Delhi Chapter of BJP, Naveen Jindal resulted in obvious fallout both in India and abroad. There were violent protests in Kanpur and other places. The Muslim clergies and political leadership were up in arms and protested the assertions of BJP spokespersons and others. The so-called ‘Godi Media’ as always appeared to be biased and lop-sided against the minority community not only in the episode of ‘unacceptable remarks’ by Nupur Sharma but also in the ongoing ‘Tamasha’ of TV debates on Gyanvapi Masjid in Varanasi and other related issues. The TV channels are no more news channels but has become noise channels. The things came to boil only when some countries namely; Qatar, Kuwait and Iran summoned Indian Ambassadors and registered their dis-pleasure and protest on the said insult and blasphemy done by the BJP leaders against Prophet Mohammad and demand unconditional apology from India. It was just a co-incident that Vice President Venkaiah Naidu was there on an official visit to Qatar on the day of summoning to the Foreign Office of the Indian Ambassador. It was an additional embarrassment. The other countries of West Asia and beyond like UAE, Saudi Arabia, Indonesia, Turkey, Malaysia, Maldives, Afghanistan, Jordan, Libya, Pakistan, Bangladesh and organizations like GCC and OIC followed suit and vehemently criticized and protested the uncalled for and undiplomatic statements of the senior BJP leaders which amounted to hate speeches generating animosity against Muslim minority of the country. I have no intension to name and find faults as to who was wrong or who was right. While the diplomatic machinery of India is doing the fire fighting to salvage the situation and safeguard our national interests, the action back home appears to be only cosmetic by the BJP by suspending Nupur Sharma and dismissing Naveen Jindal from the party. There is no official action by the government under the law, except initiating FIRs 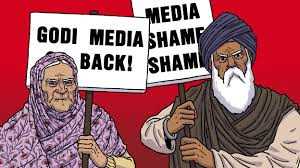 against more than thirty people including Nupur Sharma and Naveen Jindal many days after the allegedly blasphemous remarks.  Just a few days before the authorities showed remarkable hurry in arresting Prof. Rattan Lal in Delhi. It seems that the FIRs excercise was only to assuage the ruffled sentiments of our counterparts abroad.  Nevertheless, I said the purpose of my humble submission is that things are going bad and the communal situation is deteriorating increasingly which perturbs me, as a citizen of India. MEA has termed the ominous culprits as ‘fringe elements’ who do not represent the government and its policy. These are the diplomatic jargons but who does not know the status of the two high-ups in BJP hierarchy and their backing by the hard-core Hindutva elements. The doyen of Indian diplomacy T.N. Kaul advised in one of his books ‘Ambassadors need not lie’, Indian diplomats have their own limits to undo the harm done by our loud-mouthed politicians and priestly class. The Muslim leadership both politicians and Mullas are, obviously, charged and tend to voice their protest and concern as loudly as possible. It is also a fact that the majority community was in no mood to listen and address the problem till the diplomatic boil. It is a serious issue which MEA and its diplomatic establishment alone cannot address. It is rightly said that the foreign policy is an extension of internal situation. Yet another fact remains that the Muslim majority countries, as it has been demonstrated, would not keep quiet, if the communal situation back home is not handled tactfully and in accordance with the law of the land in its letter and spirit. The media in these countries and also in some of the countries from the developed world has become vocal on these issues of communal tension and human right and religious freedom. We cannot afford to live in isolation. We the people of India and our government cannot afford to ill-treat its minority as strong as 210 million with more than 16% share in its demography. The civil society and intelligentsia, though lying low in the given situation, is ill at ease, my gut feelings tell me, on the emerging situation. They need to be alert and vocal. We, the society and the polity, would ignore these hard ground realities at our own peril. The warning of Babasaheb Ambedkar – Will we lose our independence again?’ must ring bells of caution in our ears. It is becoming all the more worrisome that besides tensions and animosity among the Hindus and Muslims other federates of the diversified society like; Sikhs and Dalits (both among Sikhs and Hindus) are, it appears, not at peace. Jathedar of Harminder Sahib, Giani Harpreet Singh openly pleaded the case of owning weapons and training to the Sikh youth by setting up ‘shooting ranges’ as the others have been doing it secretively. Who are these others? It requires no elaboration. He also mentioned about the churches and mosques coming up in Punjab. Dalits are concerned and perturbed about the demolition of Guru Ravidass Temple at Tughlakabad in Delhi and also about the ongoing saga of Bhema-Koregaon case. The things are really getting bad resulting in avoidable communal strife and standoff.

Much has been written on the subject in the wake of these recent developments. I have a couple of humble suggestions to make in this regard not as an expert but as a concerned citizen who tends to support the lofty idea ‘Samrasta’  which the RSS  talks about in a secular and democratic state like India:

invaders, conquerors and imperialists did what pleased them. The fact is that we could not stop them. Were we no match to them? I don’t expect an answer. History would judge us. Why are we digging the graves now as a sovereign, independent country and a member of the comity of dignified nations? We can build as many Mandirs, Mosques, Gurudwaras, Churches and so on as we like. Who would stop us? Let us pray for peace and respect for each other rather than getting dogmatic.

As I said that we have come a long way but we are still to go a long way. The slogan and agenda of the Government of PM Narendra Modi, who enjoys the democratic mandate of the people of India –
Sab Ka Sath, Sab Ka Vikas ad Sab Ka Vishwash, is the right approach to bring about peace, harmony, fraternity and further prosperity of our country. I conclude here with a famous quote to caution ourselves:

(Think of the homeland, O ignorant one! Hard times are coming
Conspiracies for your destruction are afoot in the heavens)

Quote – The rise of narrow nationalism, the deliberate stoking of communal discord – devalue the very assets which made India distinctive..I believe that India has a better chance to meet the Chinese challenge by remaining committed to values enshrined in the constitution – Unquote

(From the book of Ambassador Shyam Saran, Former Foreign Secretary’s book: How China sees India: The Authoritative Account of the China-India Relations)

Is Tajmahal not a part of Indian Culture?